Desalination is a process whereby minerals are extracted from saline water to produce fresh water, suitable for human consumption and / or irrigation.  The essentials of desalination are not new to us, as for hundreds of years humans have been converting salt water into drinking water through the distillation process, amongst other methods.  Today, the populations of many water-scarce regions such as Saudi Arabia, the UAE, Oman, Kuwait, and Qatar, depend entirely on thousands of large-scale, cutting-edge, high-pressure, reverse osmosis, desalination plants for their survival. Most of the water used in Israel, is also processed through desalination plants!  This trend is set to increase around the globe, since the UN predicts that 14% of the world’s population will experience severe water-scarcity by the year 2025.

South Africa is no exception when it comes to countries experiencing water shortages. The current water crisis has emphasized this fact and has compelled the government to embark upon desalination of the country’s seas, on a large scale, as a solution to the country’s ever-worsening water predicament. Such is this predicament that government envisages up to 10% of the South Africa’s urban water supply being generated by desalination plants within the next 15 years!

Rainbow Reservoirs is a manufacturer, supplier and installer of Zincalume sectional steel tanks used, inter alia, in the desalination process, due to their ability to withstand corrosive indices, typical of high saline water environments.  All materials and components utilized in the fabrication of our engineer-designed, structurally-certified desalination tanks are specially coated to enhance their corrosion resistant properties.  This special coating is designed to withstand high-levels, of salinity of the water undergoing treatment.  Accordingly, our sectional steel, desalination tanks and standard potable water storage tanks have been selected to play a pivotal role in desalination plants currently being developed to provide desalinated water to parts of the Cape Province.

As controversial and impossible as the concept may seem, high unabated population growth throughout Africa needs to be curbed if rampant over-population with related dire consequences is to be contained or avoided.  However, before adequate measures in this connection can be effectively introduced and willingly adopted by the peoples of Africa, radical interventions by Africa’s governments aimed at providing their people with life-sustaining water, must be implemented, if humanitarian disasters on a gargantuan scale are to be averted.  The sustainable and adequate supply of potable water to meet the demands of Africa’s ever-growing populace is crucial.  Logically, to meet the seemingly insatiable and wide-spread demand for potable water, the most abundant water resource on the planet, the seas, must be exploited.  Desalination of seawater in this context is, therefore, a no-brainer?

As a pioneer in the infant South African desalination industry, Rainbow Reservoirs is immensely proud to be at the forefront of this development, by virtue of its newly developed system for the storage of desalinated and purified sea water. 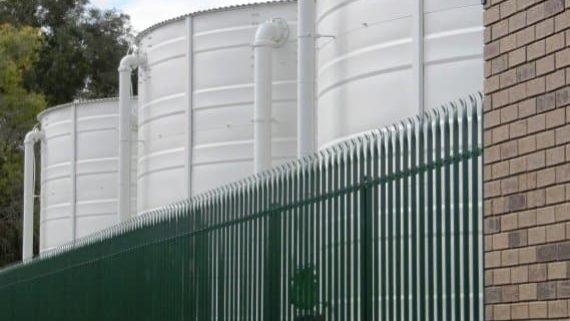 Look at the benefits!

Is It Time To Get Domestic Water Tanks? 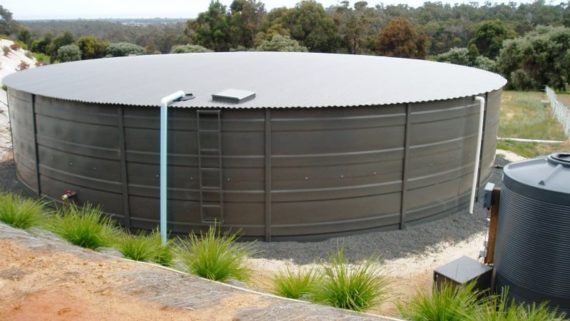 Why a Single Rainbow Reservoir Tank rather than Plastic Tanks