Cape dam water levels are now below 30%. The city of Cape Town has lost an estimated 1.6 Billion Rand due to the cape water crisis. The provincial government has now proposed a cape town drought charge that will try combat the Cape Town water crises. 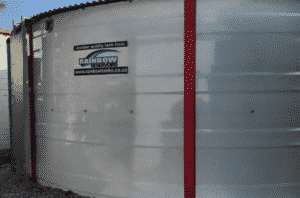 A plan has been implemented to extract water from the Cape Flats and table mountain aquifers. The proposed ‘drought charge’ is said to help pay for the project which will affect over 450 000 households. If the drought charge is approved, the majority of affected homes will pay a drought charge of R47 per month, over 50 000 will pay more than R150 per month.

There has been a mixed response from residents to Mayor Patricia De Lille’s request to comment on the drought charge, with some criticising the way government has handled the crisis.

With Day Zero approaching, inspectors are trying to clamp down on households that are consuming more water than the daily allowance.

The cape water crisis is a wake-up call, not only to the South African government and South Africans but to all people globally. We need to protect and conserve our precious resources, water being the greatest. More households and communities need to look at conserving natural rain water in man-made tanks and reservoirs.

RAINBOW RESERVOIRS INSTALLATIONS IN THE PHILIPPINES.

Commercial water storage tanks: Choosing the right one for you